The Note on the Door

Philip Lutzenkirchen’s life may have ended abruptly at 23, but his father is carrying the Auburn Tight End’s legacy and message to high schools all over the South

A note was on the door.

It was a Sunday, and Mike Lutzenkirchen and family had just gotten home from 8 o’clock Mass when he found it.

“The note had a number on it, and said to call this number from Troup County,” recalls Mike. “The first thing I thought was that Philip did something stupid.”

His son Philip, the behemoth Tight End for Auburn from 2009-12, had been slogging in the trenches as an unpaid volunteer coach at St. James School in Montgomery. Settling on his future, #43 had just informed his father in a phone conversation on Wednesday that he wanted to be a coach.

A gentle, benevolent giant, Philip became famous for his game-winning grab and like-feet-afire celebratory dance against Alabama in 2010. His injury-riddled career prevented him from playing for the St. Louis Rams, who signed him to a free agent contract after the 2013 NFL draft.

That Friday, Mike asked Philip to go with them to the family lake house in South Carolina, but Philip had plans to stay in Auburn for the weekend. Philip also informed his dad that he had been asked to emcee an event in July. That was the last time Mike Lutzenkirchen talked to his son.

Puzzled about the note on the door, Mike went out back, to his deck, and punched in the number. A nameless man on the other end answered and said: “I need you to call this number.”

“Can you give me any details?” inquired Mike.

So Mike dialed another mysterious number. Voicemail. He called the first number back. This time, he was more forceful.

“Can you tell me what’s going on?” Mike snapped.

“I can’t tell you,” the stoic voice said. “Talk to that number.”

Before Mike could dial the second number, the phone rang. It was the Troup County coroner. Mike sensed something was terribly wrong.

“He was very candid,” remembers Mike. “He said, ‘This morning, Philip was in a single vehicle accident, and he didn’t survive.”

For a moment, imagine hearing those words. Imagine their nightmarish reverberations.

Imagine it being your son.

Mike plunged to his knees, as the full weight of his 240-pound body and the news of a lost son came crashing down on that deck in Marietta, Georgia.

Now outside on the deck, his girls let out a scream. Soon, the next-door neighbors would arrive. Later, the world.

Mike brushes the tears from his eyes as he tells the story of losing his only son. It’s been almost a year since Philip Lutzenkirchen’s untimely death, and Mike is still crippled at the thought of it.

Like his son, Mike is a very large man, constructed like a heavyweight slugger. But unlike his son—who had a tendency to cut-up, act silly, and perform mischief—Mike is a very serious man. Chicago-born and raised Catholic, Mike worked for IBM, married, and had three daughters and a son before moving to the South. Georgia could not blot out his native Chicagoan dialect, as his accent is forever barbed with a commanding, Soldier-Field-grit. He describes himself as “bullish,” but is not afraid to display the grim artwork of his sensitivities and emotional struggles.

But as the night waned, the crowds fizzled. The next morning, Mike woke up to this cruel finality: his son was not coming back.

Mike needed to be alone, so he drove down to Leita Thompson, a nearby park with a two-mile walking track meandering through verdant, tree-shaded acreage.

At first, Mike took a stroll, but as he began to reflect on his son, his cadence picked up. He was soon in an unbridled run.

“I just ran,” Mike says. “I almost went around that path twice.”

In his time of reflection, Mike began to think of words that described his son. Now glistening with sweat, he hurried to a local Starbucks and jotted down the words—43 of them—corresponding with the number on the back of his son’s football jersey. Many of those words are now used as a curriculum for the Lutzie 43 Foundation, a nonprofit that Mike and family started after Philip’s death.

A funeral and memorial service followed, and the Lutzenkirchens buried their son. Social media was inundated with tributes to 43, and soul-level candlelight vigils were offered. But no one mourned like the family.

In a state where football is a godlike beast, Philip’s death made people forget about rivalries—at least for a little while. Most fans realized that matters of life and death put football in perspective, and while the Auburn family grieved, Alabama grieved with them. And amid all the din and smoke of sorrow, a perfect message emerged from Philip to all of us:

Mike’s three girls soon approached him and said, “Dad, what are we gonna do? People need to know how great a person Philip was.” Mike had left a successful career with IBM, and had been working with high schools to help with fundraising for athletic programs. That provided a perfect segue into the Lutzie 43 Foundation.

Speaking engagements followed. Mike, who admits that he has never spoken to groups consistently, was soon in front of Mark Richt and the Georgia football team. Then he was in front of Dabo Swinney and the Clemson football team. A documentary on Philip’s life was produced by ESPN’s Tom Rinaldi and featured on College GameDay. Speaking requests began to pile up, and Mike hit the highway.

Back at the Foundation, the girls and Mike continued the tenuous hammering out of the details of their mission. Forty-three of Philip’s mentors and friends were asked to write a one-page testament to the words that Mike wrote down that day at Starbucks. They have been collected, typed out, and laminated.

“Joy” was written by Rinaldi.

For months, Mike drove Philip’s hunter green Ford F-150 (nicknamed “Lady Hulk”), before transitioning to a crimson van that took on four-lanes and two-lanes, traveling to schools to deliver the message that was burning like torches in his heart. At each school, hundreds assembled. Mike, often tearfully, encouraged kids to “Live like Lutz, Love like Lutz, and Learn from Lutz.”

The “learn” part was birthed when the family learned of the details of that fateful night. Mike admits that his son’s blood alcohol content was “astronomical,” and refuses to extend blame for any cavalier decisions that were made that night/morning other than his son’s. What distresses him more than anything was that not one person in the group was willing to look out for one another.

“In sports, we don’t have a problem getting on to our teammate if we miss a tackle or a double play at second,” Mike says. “But that night, no one had the courage to stand up and say, ‘You’ve gone too far’.”

That’s a teachable point for young kids–adults, too.

There is a bit of selfishness in his travels, Mike will admit. The road is therapeutic to him, a time for reflection and remembrance. As he drives from school to school, honoring his son and delivering life lessons to young kids, he hopes that somewhere along the highway, he’ll find solace.

Because Mike spends a lot of time away from home, family and friends worry that Mike will burn out. From week to week, he zigzags across the state, from Pelham to Fayetteville, Brewer to Falkville. At each place, classrooms empty and auditoriums fill. Mike shares simple little lessons of life. Lessons like:

Prepare and be aware

So who was Philip Lutzenkirchen?

“I think about when we lived in Carmel, Indiana. He was a goofy kid who just loved life. When he was five years old, I remember he was posing for a baseball picture and it was cold and raining. He just stood there and held the bat with tears in his eyes. One time he was a ring bearer in a wedding and he wanted to wear a white Nike hat with a black swoosh. He had a soft heart and was very protective of his sisters. He loved Auburn. When Coach Tuberville resigned, he wasn’t himself. He broke down and cried. Philip didn’t see black and white. He saw everyone, regardless of color, as a brother. He was the guy that Auburn wanted recruits to meet. He knew he was going to succeed.”

Mike uses the term “phenomenal” a lot to describe things. He believes in God winks. He says that God has spoken to him audibly. He says his faith in God has strengthened since Philip’s death and the time he spends in prayer and study has increased. He even says that he cries a lot in the van, and that the whys and what ifs still haunt him.

What could I have done different in parenting?

What if he would have gone to the lake with the family that weekend?

What if he would have never gotten in that car?

Why did this to happen to my son?

But along the way, he believes that God is leaving him little notes on the door. Notes to remind him that, although horrific things are going to happen in this life, God is working things out for the greater good.

That God knows what it’s like to lose a son.

“I don’t want to put myself on a pedestal,” Mike says. “I’m not the only one who’s gone through this. But I’m going to fight like hell to one day sit next to my son and ask God why all this happened. The Bible says that God protects the chosen ones. I wonder what God knew? I pray for people who want to blame God. I think if you asked Philip right now for a mulligan—for a chance to come back—he wouldn’t take it.”

The event that Philip had been asked to emcee was a Fellowship of Christian Athletes gala in Auburn that July. Philip was elated. Yet somehow, he ended up on a farm in Georgia and never made it to the event.

But Mike has stood in for him. Mike does it because he knows there is purpose in his talks. He has taken the sting of Philip’s death and turned that into comfort for other people. He says that in the past he’s kept his faith close to the vest. Now he won’t stop talking about God, whether it’s in front of ten or ten thousand.

How do you measure a life?

Perhaps not by the length of it, but by the breadth of it. B

This article was originally published in 2015 on 78mag.com. Al Blanton writes inspirational stories of men and women all across the United States. 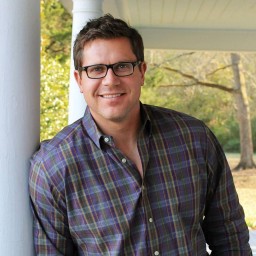